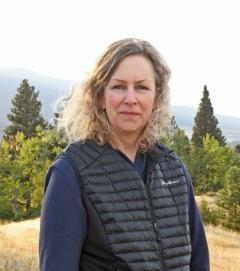 Kathleen is Wallowa Land Trust's first Executive Director. She joined the Trust in the fall of 2013 after almost a decade at Capitol Land Trust in Olympia, Washington. Raised in Eugene, Oregon Kathleen graduated from the University of Hawaii with a degree in Asian Studies, before receiving a master's degree in Environmental Studies from The Evergreen State College. She has worked with many charitable organizations over the years and brings her extensive knowledge of nonprofit administration and successful land conservation to northeast Oregon. She is the past president of the Coalition of Oregon Land Trusts and is a member of the Rotary Club of Wallowa County. Contact Kathleen 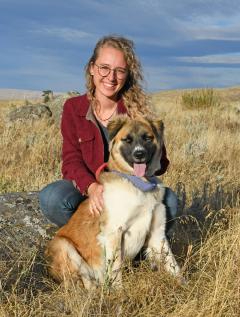 Sarah grew up in Maryland before attending Appalachian State University where she graduated with a degree in Advertising and Graphic Design. As a child, her summers were spent visiting National Parks with her family. It was this early appreciation of our natural spaces that has guided Sarah to pursue a career in conservation. Sarah has a professional background in client management, creative marketing, and most recently worked as a Crew Leader for Utah Conservation Corps before joining the WLT team. You can find her exploring our open spaces through hiking, camping, rock climbing and general frolicking with her dog, Moose. When not outdoors, she enjoys art in all forms and experimenting in the kitchen. Contact Sarah 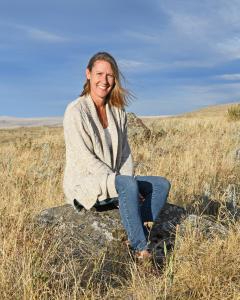 As a child Heidi spent summers and holidays on her grandparent’s cattle ranch in Lostine. She fell in love with the valley and community at a young age and always had a dream of building a life and raising a family here. In 1998 Heidi and her husband Ian moved to Lostine and into her great grandparent’s old farmhouse on the ranch. Her children, Ashley and Malachi, are the fifth generation of her family to live in the house. She has owned and operated two local businesses - Wallowa Outdoors and The Blonde Strawberry - and most recently baked at the Lostine Tavern. Contact Heidi 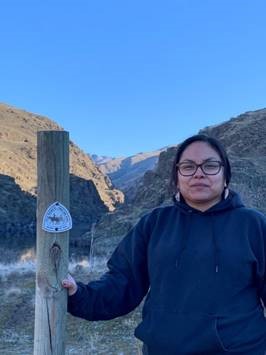 Andrea (AJ) Whiteplume Hunmatuwinunmy- Ancestral lineage ties to Walama/Lamtaama, Celiloyum, Niixyawi, Lexhyuw, Nanaoei. Direct descendant of Taklasunmy (medicine woman) who was a Nez Perce war survivor, who was exiled in Indian Territory in Oklahoma with Joseph and returned to the Nez Perce Reservation when released from US government prisoner of war captivity.

Andrea is from Lapwai Idaho, where she is a climate change specialist for the Nez Perce Tribe. She was raised with traditional knowledge together with Indigenous science and a specialty Graduate of Northwest Indian College with her Bachelors Degree of Native Environmental Science. She has contributed greatly to the development of the Nez Perce Tribe climate change adaptation planning team working on the Lapwai Food Trail Project, the Seasonal Round Trail Project, and the Camas to Condors Project. She is wokring with Wallowa Land Trust as a temporary employee as the Wallowa Gathering Project Manager - to help restore & replenish families, friends and relatives’ relationships  by providing Nimiipuu led tribal engagement with all displaced Walama Band Peoples to build relationships and support Walama Band Peoples on their Homelands. 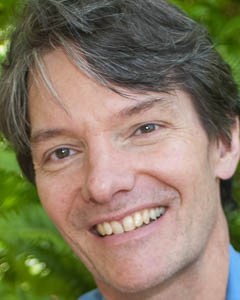 Benjamin grew up on his family’s farm in Wallowa County’s isolated North End. The last student to attend the Flora school, he graduated from Enterprise in 1980, and then lived out of the county for 20 years. Since returning in 2001, he has been on the board of Fishtrap, Inc., a local literary non-profit, and a member of the Wallowa County Planning Commission. A poet and writer, he finds inspiration in the open spaces that Wallowa County provides, from mountain to canyon and everything in between. He lives in Joseph with his wife Lynne and two young daughters, both of whom are 5th generation Wallowa County natives. 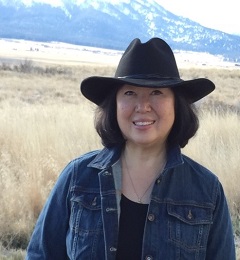 Yun was born in South Korea where she spent her childhood years before immigrating to the United States at 16 years of age.  She attended the University of North Carolina at Chapel Hill and graduated with a degree in pharmacy.  After working as a pharmacist in North Carolina for 7 years, Yun moved to Seattle where she worked as the pharmacy director at the Fairfax Psychiatric Hospital.  In 1990, she took a position as a Clinical Specialist at the VA Puget Sound Health Care System where she provided direct patient care and educated residents.  She moved to Joseph in 2015 where she lives with her husband Miles and their two cats.  After growing up in the dense urban environment of Seoul, Korea, Yun has a special  appreciation of the tranquility and splendor of the open prairie grass land of Eastern Oregon.  This appreciation has given rise to Yun’s heart felt desire to help preserve the beauty of rural Wallowa county.  Yun enjoys cooking, hiking, quilting, and entertaining at her home in support of community organizations. 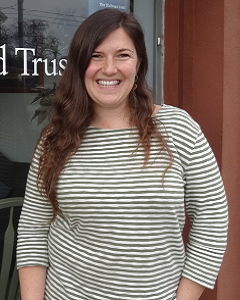 Angela became involved with the Land Trust after returning to her hometown of Lostine in 2017.  After 15 years in the crowded San Francisco Bay Area, her desire to conserve the open spaces and working lands of Wallowa County was stronger than ever before.  While in California, Angela worked in hiring and talent development for Apple, Inc. after earning her MBA in Sustainable Enterprise.  Finally having made it back home, she has turned her focus to work that strengthens ties between neighbors and inspires collaboration — for the love of the land, and the lifestyle. For her part, Angela makes the most of her new & improved country life by getting outside with her son Cosmo every day, inspiring a new generation of stewardship for rural Wallowa County. 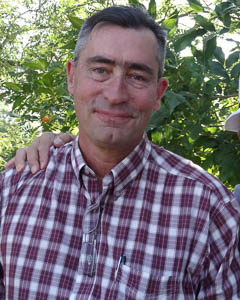 The oldest of six children Paul spent a large portion of his childhood in Irvine, California. He left for Modesto Junior College on an agriculture scholarship, and spent six years in the San Joaquin valley of California. Paul arrived in Oregon in 1987 where he met his wife Sharon. They moved to Wallowa County in 1993 when Paul accepted a position with the Wallowa County Mental Health Clinic. Paul is concerned about the threat of development and the decline of the working family farm and is dedicated to making a difference. 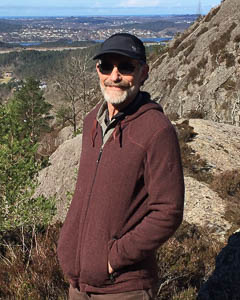 Born and raised in Corvallis, Oregon Nick grew up adjacent to the outskirts of town and spent much of his free time exploring the fields, creeks and forests within bicycle range.  His love of the outdoors led him to pursue a career in Forestry where he spent time working for the Lake Wenatchee Ranger Station and the Siuslaw National Forest.  In 1989 Nick accepted the job of Timber Management Officer for the Wallowa Valley Ranger District.  In 2000 he became the Fire Management Officer for the Wallowa Fire Zone until his retirement in 2007.  Nick and his wife Angie live in Joseph and are deeply invested in preserving the livability of this special place. 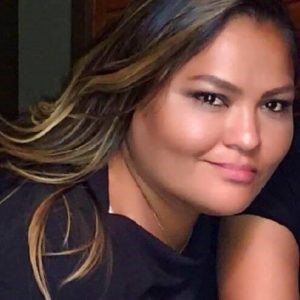 Rebecca Miles joins the Wallowa Land Trust board with a strong background in leadership and national, state and tribal policy. She is a member of the Nez Perce Tribe who grew up, and continues to live, in Lapwai, Idaho. Rebecca attended both Washington State University, where she received a bachelor’s degree in criminal justice, and Gonzaga University, where she received a master’s degree in professional studies with an emphasis on organizational leadership. For the past 24 years, she worked in many capacities for the Nez Perce Tribe, including being elected the first-ever female chairman and chief executive officer of the tribe. For the past 11 years, she served as the tribe’s executive director.  She currently serves on the Native American Right’s Fund Board and full time as the Operation’s Director at the Potlatch Fund located in Seattle,WA. 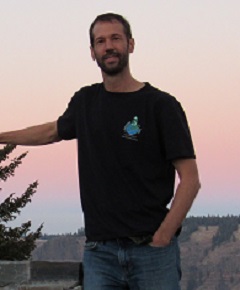 David grew up exploring farms, forests and wetlands in what used to be a rural area near Portland, Oregon where his family has deep roots thanks to his Grandfather who came to Oregon and got started working in the woods.  After making a go at a professional tennis career, David found a new passion in the natural sciences and conservation. Field work in tropical forests led to a Masters Degree in Forest Science from the University of Montana.  Finding a small cabin in the woods in Wallowa County in 2005 was a dream come true. He now holds a PhD in Forest Ecosystems and Society from OSU’s College of Forestry. David and his wife Andrea were thrilled to return to Wallowa County in 2017 with their two children. He now works as Systems Ecologist for Wallowology. 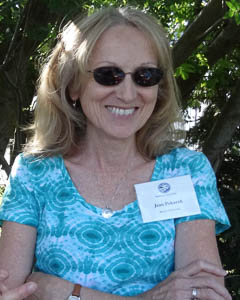 One of Wallowa Land Trust's founding members, Jean has been an active community member in Wallowa County since 1980. She brings a background and interest in land use planning which stems back to the early 1990s when she was appointed to the Wallowa Lake Basin Advisory Committee to work on a plan to address the future of the Wallowa Lake moraines. Jean also splits her time between managing a business with her husband and coordinating services for the county developmental disability program.